Douglas Young: An Assessment Of The Strength Of Seizings And Whippings Used To Create Eye Terminations On Sailing Rope. 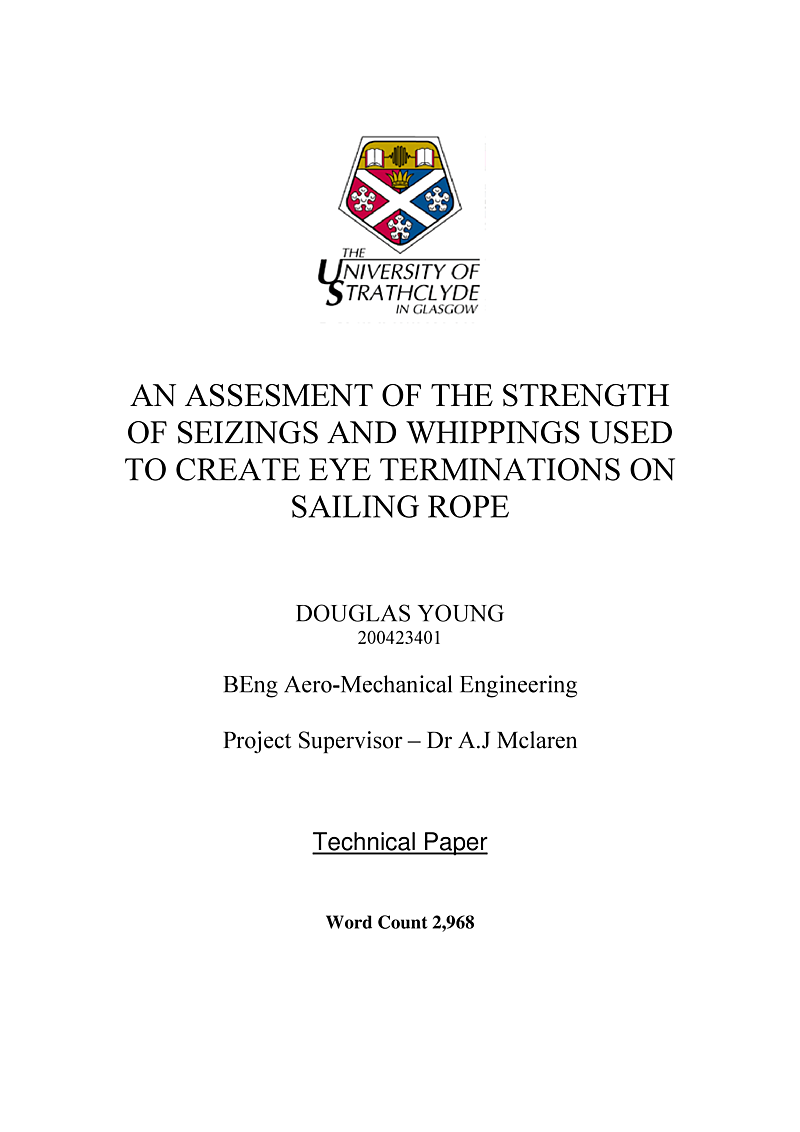