It Could Be Worse

It could be raining... oops, it is raining. So much for painting the hull this week.

This is the major part of the job. This block is very important and it has disintegrated

We pulled the engine out on Monday so that it could get back east quickly.

As of late Friday it had not been picked up so will still be there Monday, a week later. So much for 2 day travel time. I was so upset I canceled the engine rebuild order on Friday. That did generate a quick phone call from the builder early Saturday morning and the expression of considerable interest in getting the job done. I must admit I was so looking forward to the new engine. I am going to try and make it work out. Stay tuned.


The engine was in fact picked up on Monday. I am told by the engine guy, Dave, that it will be there on Thursday. The tracking number says Tuesday (5 days later). This would be interesting if it was someone else...
Below is the tracking information from the freight company as of Wednesday morning. Loaded out means it is on the truck waiting for the truck to get filled with other shipments before it leaves Oakland.

Wednesday afternoon it was "Closed out to Carlisle, PA" with the same delivery date estimate.

This is getting interesting. The engine just arrived in Nevada -- Wednesday 11PM. 4 hours down, 44 hours to go. How are they going to do 44 hours in the next 25 hours to get there by Thursday? Maybe the reporting is late? Very possible.

Thursday morning I see "In Transit to" but no where listed. Will it get there today? It can't be ruled out assuming the reporting is delayed. OK, it was Utah. Now, Friday evening it says "In Transit to Indianapolis, IN" but Dave told me today that the freight company called and asked if they could deliver it today. He was going to call me as soon as it got there. I did not get a call.

Saturday morning "Closed out to Carlisle, PA". Waiting for a driver to pick up the load. Looks like it might be in a different truck, who knows. 200 miles to go. Looks like it will be there Monday just like they said. Hopefully it will be delivered then.

Now it is going in circles. It arrived only to return: "In Transit to Carlisle, PA" Obviously a wrong code was entered somewhere or it went along for the ride to drop off something else. And there for a moment I thought it had arrived at its destination as it said "arrived at", with no there there before saying it was still in transit.

OK, it is Monday evening and the engine is at the depot ready either to be picked up or delivered tomorrow, just like the shipping company said in the first case, half a week longer than Dave told me happens "all the time". I trust he is better at rebuilding engines than he was at estimating how long my engine took to get to him, which was two weeks. 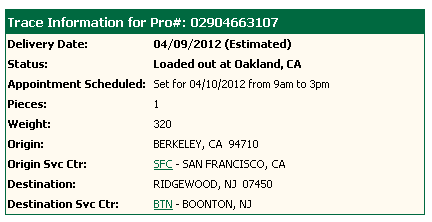 There are leaks under the floors under the engine. This part of the boat has not been worked on because the engine has always been there. The large nuts and studs are probably doing nothing as the studs have likely rusted away. These will be drilled out and larger ones put in to replace them.

Here is my sketch of the new tank.
I am not sure how I am going to hold it down yet. Here is one idea. 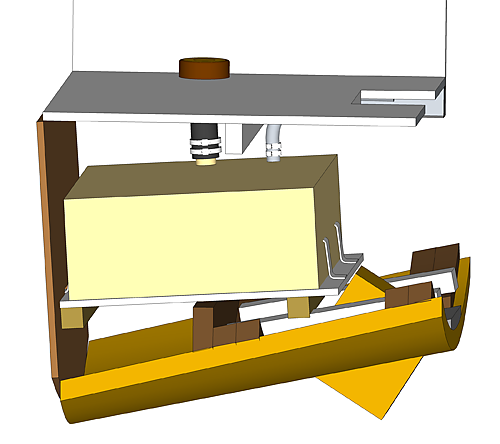 Minor repair and repainting of topsides.

There is a split in the hull right at the waterline near the bow about 6 feet long that I have not been able to fix at the dock as I do with most of these splits. The rain will delay this job unfortunately.
Please read website Cookie, Privacy, and Disclamers by clicking HERE.