Dedicated to the enjoyment of yachting and sailing 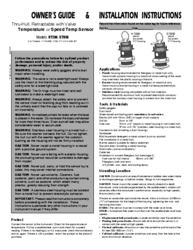 Thanks go out to Bill from J109 for donating 40 new manuals to the L-36 manual collection. Check them out!
Read More

What can I say. My boat was run down and dismasted.
Read More 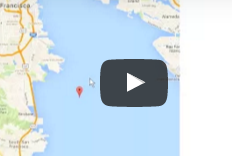 The USCG publishes a 6 volume list of all the navigation marks, buoys, day marks, etc. that are in US waters. This list is updated each week. L-36.com now has an updated application that allows you to select an area on a map, check marks of interest in that area, and create gpx files of the waypoints as well as any routes you might want to create. You can see your marks on a map to help verify you have the right ones.
Read More


SSH and FTP from your phone to embedded processor

Using free android apps, you can use your phone when there is no wifi network to log onto your embedded processor such as the StartLine RaceBox. You can also transfer files to your phone and then send them via email to anyone. This is great on a boat where there is typically no wi-fi network.
Read More


How to Tie A Bowline

There are lots of ways to tie a bowline. I think this is the quickest, fastest, easiest to do and remember of all the ways. I learned this when I was a kid from my dad. He probably learned it in the navy in WW II, not sure. But I do know he was a sailor and knew how to tie a bowline fast.
Read More

Introduction videos to the StartLine RaceBox. There is an introduction of about 6 minutes, a longer video that includes a demonstration of some of the features including how to download log files over WiFi. There is also a link to the Bluetooth GPS Provider article.
Read More

This article shows how to modify an Android application that uses internal GPS and external nmea data and add gps over nmea. It also explains how to take that app and use it. The secret is using the plug in feature of Bluetooth GPS Provider and adding their Plugin code to the build stack of the Android app along with some simple changes to the target app.
Read More 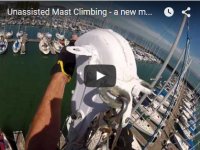 Some time ago I published THIS article on mast climbing. I reviewed 5 methods including two rock climbing techniques I modified for mast climbing. Of those there were two that I have tried extensively. One used a GriGri and it had real problems. I published an update on that HERE that solved the worst of those problems but still left some. Since then, I have tried both and conclusively settled on the one I called the Modified Technique. It is shown in the video below, which is approaching 30,000 views on YouTube. This update explains why I picked the system I am now using, how to make it, and how to use it.
Read More

This article discusses leeway and its influence on measurements of the True Wind Direction using standard sailboat instruments. In particular I will addresses the notion that is presented in other sites online that leeway can be added to apparent wind angle. I will show that this is not the case and discuss the implications of leeway on measurement accuracy. Along the way I will explain leeway.

Sailboats can sail upwind because the net balance of all forces point more forward than sideways. The diagram below shows those forces. The blue arrow is the net force of the wind on the boat. This force can be resolved into a lift and drag vector. It can also be resolved into a heading and leeway vector. The heading vector is the forward force on the boat that moves us forward. The leeway vector tries to move us sideways and the boat needs to develop a force equal to that force and hopefully can do that and yet still have the boat go mostly forward. That is the job of the keel.
Read More

NEW StartLine4 now has a Pebble app? Just search StartLine in the Pebble app store.
NEW StartLine5 will now interaface to onboard instruments over Blutooth using the
L-36.com Race Box that can be easioly built with $100 to 200 in parts depending on how fancy you want to get. Contact me for details. You don't even need to know how to solder!
Overview
StartLine is a very powerful racing app, second only to Expedition. Unlike Expedition, it is free. However, I limit the number users because along with the app comes a huge amount of support both to get the full potential out of the app but also to help users improve users race results. Users must agree to contribute to the StartLine community by providing feedback on results or actually participating in the ongoing development which may just be to ask for new features. You must be serious about racing and commit to put in the time to learn the app. It will improve your race results as it has for the other users. It is a small community but already has a podium finish in a prestigious regatta. Read this somewhat outdated manual below and let me know if you are interested in joining the StartLine team.
Read More 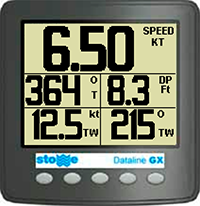 I have been looking for a display that will work in a marine environment that I can write arbitrary text to. I signed up for a Earl Backpack Tablet but it looks like it is vapor ware so I got my $300 back. I next considered using the TackTick Remote as the manual says that it can display 6 custom sentences. I bought it but could not get it to work. After a month of trying to get an answer Raymarine said that it would not work due to a software change and that their solution was to change the manual so that it would no longer say it works. Sucks. My next attempt was to look for a company that made a NMEA-0183 display and see if it could display custom $P nmea sentences...
Read More

It has been a year since I wrote the knives on a boat review. It was really a review mostly of every day carny or EDC knives with one specifically marine knife with a marlin spike. I have lived with these knives and find my favorites to be a little different than my first impressions. I still like all these knives very much but the question is, which ones do I end up using and what do I use them for. For this review, I have added short 15 second videos of the knives opening and closing so you can get a better picture of how they work. I also added a discussion on two knives I bought recently. One I returned the same day and the other I am not really sure what I am going to do with but it is so nice I just had to get it. It is a knife I have coveted since the first time I saw someone with one.
Read More