The Application Of Cfd To Sails 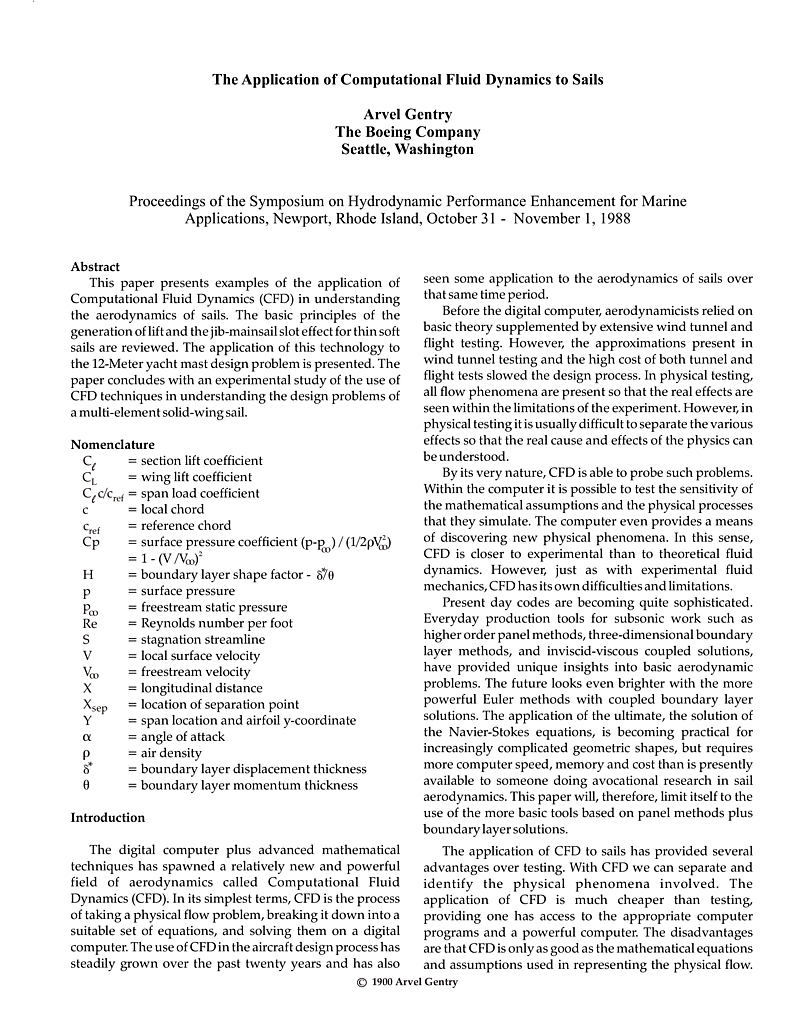