Formerla Seaya
Another picture just showed up in the mail from an earlier time.

This was taken aboard Woodwynd in 1985 after a weekend sail to Catalina. The photo on the bulkhead was a copy of the cover of the Dinghy (local Marina Del Rey sail rag) after the W.H.O.A race.

I just found out about your L-36 site from an old friend who lives in CA. I moved to Saunderstown, RI in 1997 and hence have been far away from CA for some years.

I was the co-owner, with George Baker, of Woodwynd, sail number 7459, hull 59, (the former Seaya), originally owned by Ken Pond from Long Beach, CA. We bought her in the fall of 1969, re-christened her as Woodwynd, did a lot of sanding and varnishing, and sailed her in eight Newport-Ensenada races as well as the 1971 and 1973 TransPac races. We also cruised her extensively to Catalina many times, and to the Channel Islands often. She was a wonderful boat with a seakindly motion in the roughest weather.

Ultimately, I bought out George Baker's interest in 1973, and subsequently sold her in 1976 when four friends and I designed, constructed, and raced the cold molded 2 Tonner, Flexible Flyer.

On the one hand it was sad to see the condition that dear old Woodwynd had deteriorated to, but heart warming to see that someone loves her enough to re-condition her.

Thank you so much for the note. It is a small world story for me. My dad lived on the same street as Ken Pond and I watched for what seemed like a decade as he built the boat (from a purchases hull) in the driveway of his home. I drove by that boat many times and sailed with her over to Catalina as both Ken and my dad were in the same club, the Channel Cursing Club. I did not know that was the same boat as Woodwynd. I will post your letter on the Woodwynd site.

Slow but steady progress on Woodwynd. Cockpit pretty much done. Cabin sides/front rebuilt. Engine working. The front of the cabin and port sides are glassed and varnished. replaced some engine related wiring. Tore the rest out--very corroded. This batch of nice weather caused the mahogany to delaminate from the outboard surface of the cockpit coaming. stopped by my dads tonight to borrow some more clamps... 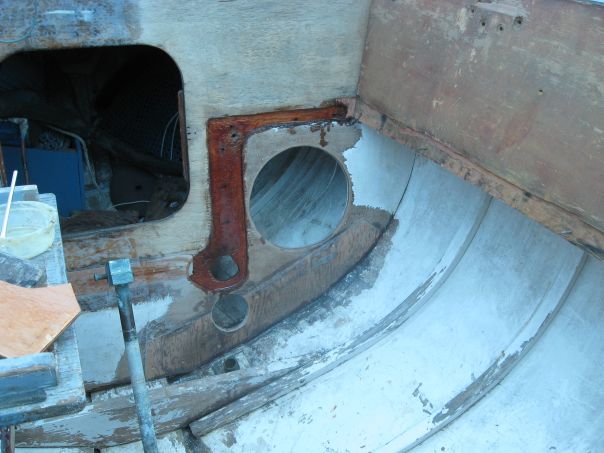 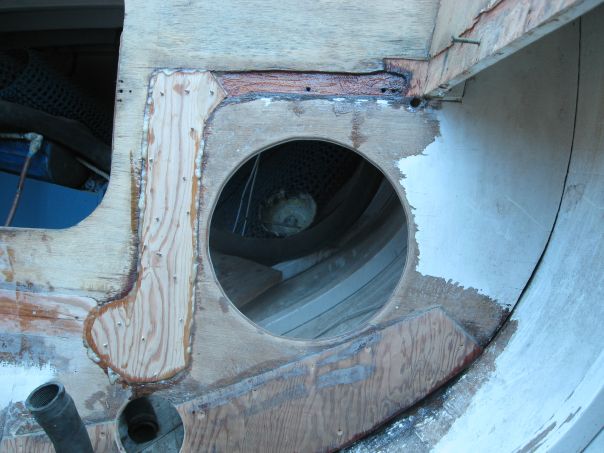 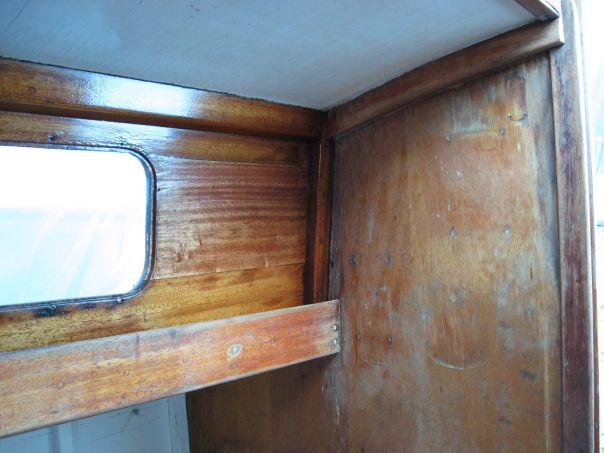 Here is the letter from an early owner:

We owned Woodwynd in the early 80's (81-85)and that is the original name. We were the third owners. Woodwynd was built by Chapman & Kalayjian in Costa Mesa in 1963.

There were Transpac plaques on the interior bulkhead when we sold her. We also left a log on board that documented one of the Transpac races.

We raced in the WHOA (Wooden Hull Owner's Association) and always came in 2nd! A photo of Woodwynd was on the cover of the Dinghy...a Marina Del Rey sailing paper in one of the WHOA races in 1985.

We restored the cabin exterior and the deck (painted w/walnut shells)and LPed the hull. We hauled out faithfully every year.

We had a new Universal Atomic 4 gas engine and a folding prop (kind of a pain. We kept her in Marina Del Rey near the Pacific Mariners yacht club.

Unfortunately when we sold her, she fell in to disrepair and I saw Woodwynd in Santa Barbara about 10 years later and she looked like hell...very depressing.