Papoose was purchased in the early '70s by my dad from Cliff Tucker. Cliff raced Papoose extensively and did very well. She was fleet champion at least 3 times and was "the boat to beat" according to Cree at BMC who raced against her as a youth. I was away and settled when my dad bought Papoose but my wife and I did join him on a cruse to the Santa Barbara Islands for a week. When my dad passed away in 1989, I brought Papoose up the San Francisco. That was over 20 years ago and I have been working on her all that time. Being early, she was not built as strong as the later boats so when I sailed in the strong winds of SF Bay, she leaked, sometimes a lot. Steve Hutchinson was the only shipwright of many to diagnose and subsequently fix the problem and now Papoose is like a new boat, a pleasure to sail without all the creaking she would make previously. Here are some pictures of her. Periodically I talk to someone who remembers the boat from its youth. Cree at the Berkeley Marine Center raced against her for example and remembered her well. The other day I posted something on a local wood boat forum and got this reply:

Papoose is Spartan below as we only day sail her. The picture on the bulkhead is my wife. 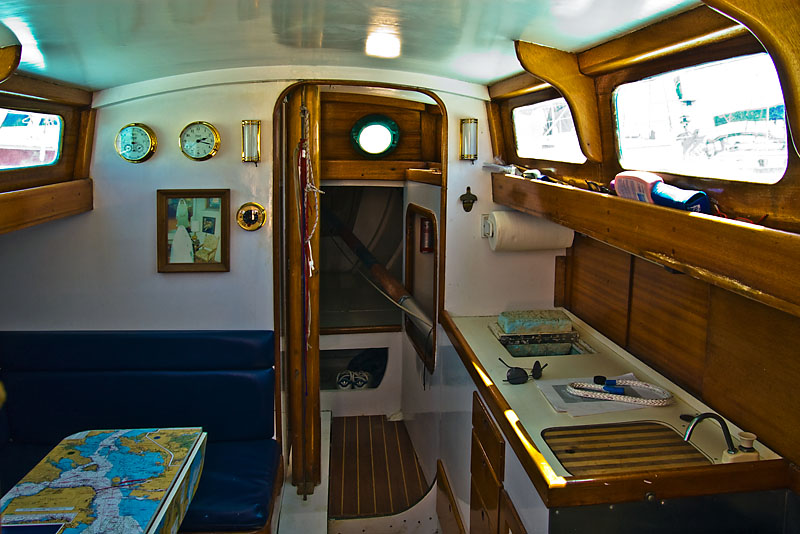 I built the cabin sole and the table. I made a fold down section to make for more room walking around below. I also designed, made, and sewed the cushions. The top of the table is a waterproof print I made of two charts and a picture of Papoose sailing wing and wing. 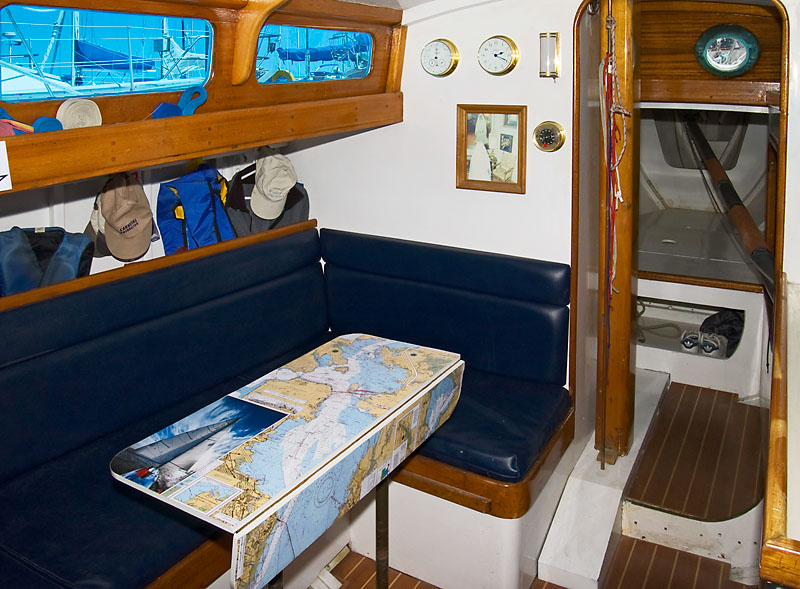 Lots of sheets to choose from. I like the old ones the best as they only need two wraps. The new ones need three. 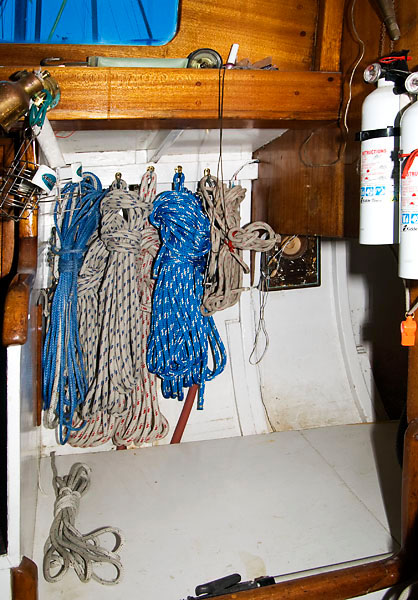 I spent the last month scraping, sanding, filling, and painting the cockpit. Looks kind of normal but you should have seen it before... 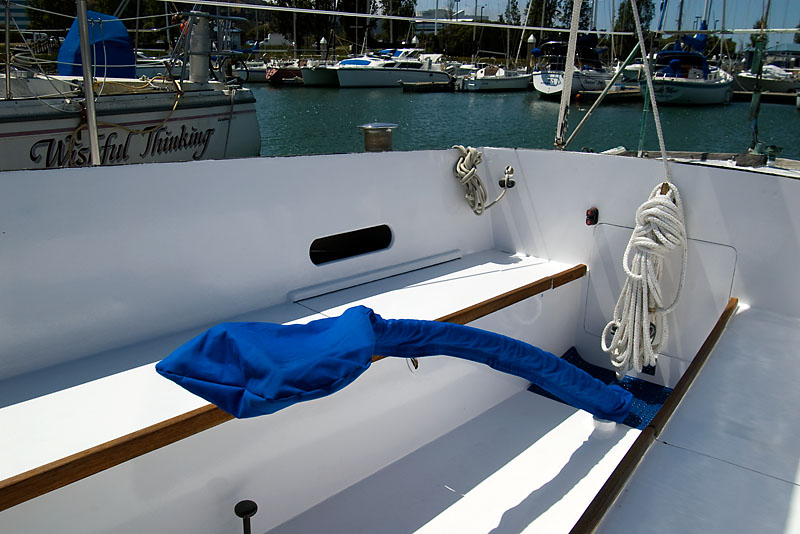 A shot from the cockpit looking forward. I found significant dry rot at the cabin area on this bulkhead. The goal is to fill it with epoxy and hope that the dry rot will not kill the boat before something kills me. After that, I don't care. 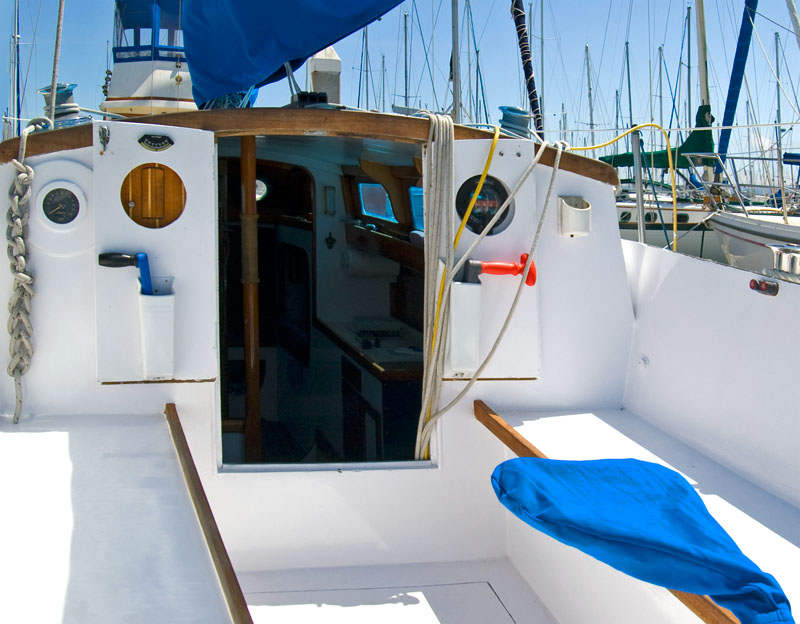 Looking aft from below. Simple compared with some. Later owners will notice that the engine is completely under the cockpit and there is not engine bump in the cabin. 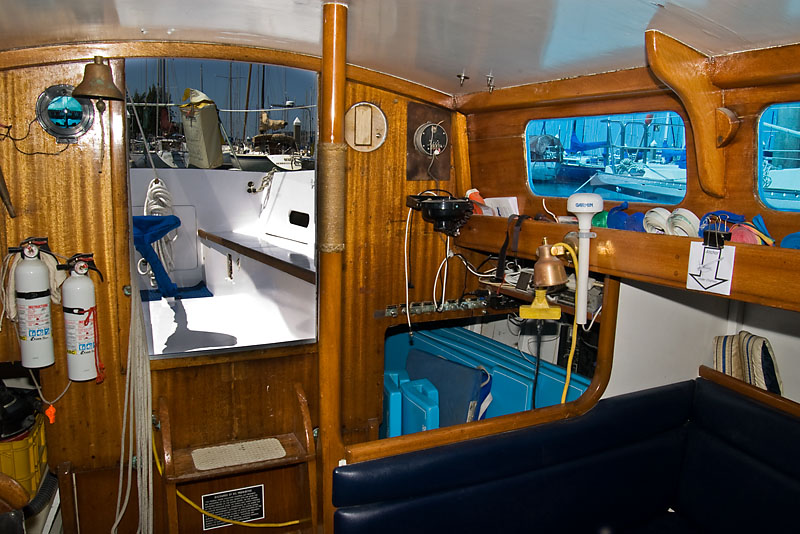 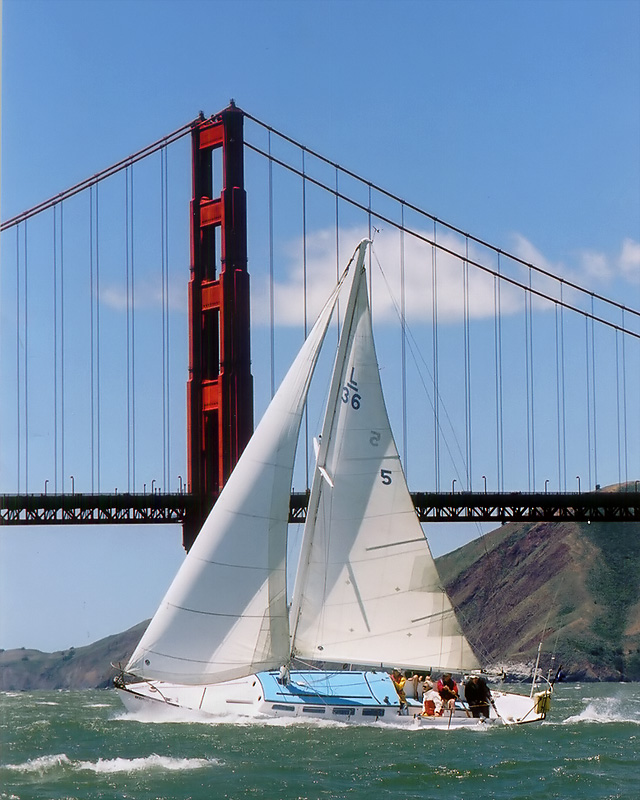 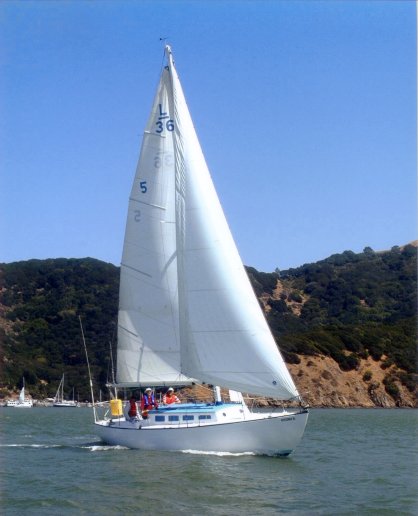 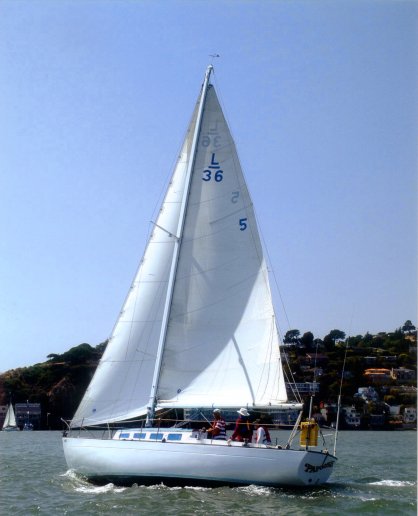 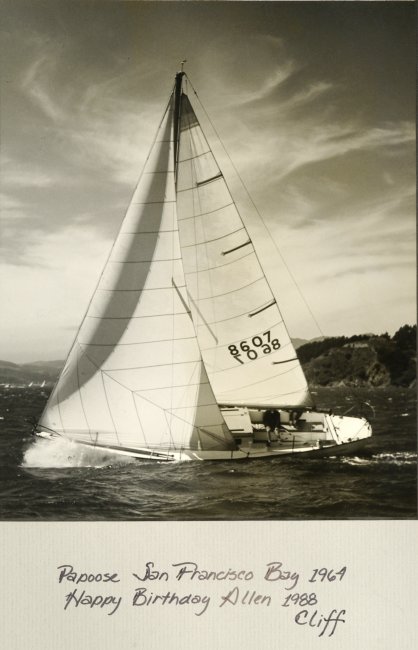